We use cookies on our website. They help us get to know you a little and how you use our website. This helps us provide a more valuable and tailored experience for you and others.

You can revoke cookies at anytime at the bottom of the page.

Yannick Bolloré, CEO Havas Group said: "At Havas Group we were pioneers in implementing a collaborative and integrated approach which has already proven its effectiveness with our Havas Villages. We are providing our clients with the seamless and leaner organization they are looking for and it is more than ever crucial we stay ahead in this field. This is why we have created the new position of Chief Integration Officer. Christian’s in depth knowledge and understanding of the Group will enable him to further shape our unified operating model."

Christian de La Villehuchet said: ”At Havas we have brilliant agencies, unique offerings, edgy tools and research, and have made fantastic acquisitions recently. By injecting collaboration amongst all the entities we ensure our transformation and faster growth. I’m really excited by this new challenge, it’s a great opportunity to be at the heart of such a shift in our industry.”

As part of his new role, Christian de La Villehuchet will systematize collaboration and cross fertilisation within the Havas Villages, mutualize offers, scale and unify some of the expertise across the Group, integrate all acquired companies and build integrated offerings for clients.

Christian joined the advertising world in 1990 as an account executive at Euro RSCG Paris. He then worked for two and a half years at WCRS—one of the most creative agencies in London — as an account executive for clients such as E.L.F., Johnnie Walker, Lego, and the Daily Telegraph. Christian returned to Paris in 1993 as Account Director for international clients and later supervised the accounts of groups such as Philips Consumer Electronics Europe, Kraft Jacobs Suchard (Hollywood Chewing Gum, Carte Noire, Côte d’Or), and BIC Worldwide. As part of his job, Christian was equally involved in the development of the Yahoo! and Nokia accounts at an international level.

In 1998, Christian was appointed Executive Vice President and Director of Development of Euro RSCG Europe. He was in charge of new business, R&D, training, strategic information, and communication for the group. All of these services were dedicated to reinforce the local agencies, the reputation, attractiveness, and business of Euro RSCG in Europe.

Christian came to Brussels in 2002 as CEO for Euro RSCG Belgium. After eight years of work, Euro RSCG Belgium doubled in size. This growth was due to the win of more than 35 new clients, including:  ING, Sara Lee, SNCB, STIB, Disneyland Resort Paris, Le PASS, Lunch Garden…Christian radically changed the dimension and the reputation of Euro RSCG Belgium, which now ranks among the top three agencies in Belgium.

In early 2008, he added to his specific responsibilities the title of Co-Managing Director, Europe. In May 2010, he was promoted to CEO, Havas Worldwide Europe.

Since 2014, Christian has been the director of the Havas Global Creative Council, made of the top 12 creative directors of Havas. He is the only non creative member and runs the operations.

In November 2014 Christian was named the “French CEO of the year” in Belgium, an award endorsed by the French ambassador in Belgium. The CEO of Total and BNP Paribas ranked respectively 2d and 3d. the award recognized Christian ability to once again double the size of the group and turn Havas into a Digital leader through the acquisition of the highly renowned and successful Boondoggle agency, one of the top independent digital creative agency in Europe.

Christian graduated from HEC, the leading management school in France and holds a Master’s degree in Finance and Economics from Paris Dauphine University.

Havas is one of the world's largest global communications groups. Founded in 1835 in Paris, the Group now employs 18,000 people in over 100 countries. Havas is committed to being the world’s best company at creating meaningful connections between people and brands through creativity, media and innovation. Havas is also the most integrated Group in its sector, with most of its creative and media teams sharing the same premises, the Havas Villages, designed to increase synergies and creativity for all its clients and agencies.

Further information about Havas is available on the company’s website: havas.com 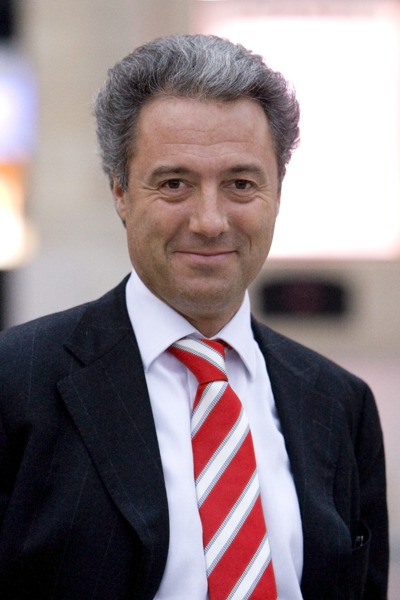 The biggest capital of a brand is its affective capital.